In the Weeds with Georgia’s Budget

“There is nothing that we will do in this building that directly touches your constituents more than this document.”

Week Two: Word spread through the halls — “The budget’s out!” Legislators queued up to get their inch-thick, spiral bound copy of the Governor’s proposed budget — a document the Governor’s Office of Planning & Budget has been working on since last summer.

Everyone’s abuzz about Georgia’s $6.6 billion “surplus.” I don’t actually think of this money as a surplus. The size of Georgia’s budget is determined by the Governor when he sets the next year’s revenue estimate. Purposefully setting that estimate low can almost guarantee that revenues will be higher. A “surplus” makes it sound like we collected more money than we should have, which can give the wrong picture when you look at the State’s unmet needs (not an accident). If the revenue estimate was set higher and these needs, such as the 7,000 people waiting for disabilities services, were actually budgeted for, there wouldn’t be so much leftover money. The Governor has plenty of room for playing around with these numbers, depending on the impression and message he wants to create.

So what about that unspent money? First, the Governor proposes that $1.1 billion go to the Georgia Dept. of Transportation (GDOT) to make up for the six months of not collecting motor fuel taxes. Second, the Governor intends to give $2.1 billion back in income and property tax cuts. That leaves about $3 billion for legislators to squabble over during the next few weeks. Because it is projected that next year’s revenue will not be quite as flush as last year’s, the focus will be on one-time spending projects. The 2024 budget revenue estimate is set at $32.5 billion.

Medicaid Expansion (miniature style): The new House Speaker has already stated that he does not see a full Medicaid expansion happening this year because he wants to give the Governor’s plan a chance. This plan, named “Georgia Pathways,” does several things. First, it allows significant subsidies to Affordable Care Act (ACA) Marketplace insurance companies for high-cost claims, resulting in a projected 12% reduction in premiums. Second, it replaces the healthcare.gov ACA website with a Georgia version that merely links consumers with brokers. Third, it expands Medicaid to about 50,000 low-income people who must meet a work requirement, leaving 350,000 uninsured. This miniature Medicaid expansion will earn a much lower federal match than full Medicaid expansion, resulting in a higher cost for fewer covered people.

Medicaid Unwinding: Here’s something that’s not being talked about much. During the COVID public health emergency, over 500,000 Georgians became eligible for Medicaid and under emergency rules, their Medicaid could not be terminated. When the Public Health Emergency expires at the end of March, the State will hire hundreds of caseworkers to reassess eligibility, resulting in hundreds of thousands of Georgians who will lose their Medicaid, many of whom will then be uninsured. It doesn’t have to be this way. By not expanding Medicaid, as forty other states have done, Georgia’s Republican leadership continues to be complicit in the suffering of Georgia families. Which leads me to the next subject.

When Georgia Fails to Water the Garden: “Healthcare, not Fostercare”

When I was in south Georgia last fall for a Disabilities Study Committee meeting, a hospital CEO told me he is often forced to discharge high-risk foster kids to hotels in his community, where they share rooms with caseworkers. When I asked him if these hotels were of the Holiday Inn-type or the Roadway Inn-type, he said these places weren’t even really hotels, describing instead $20 places billed by the hour or the night.

These kids being “hoteled” are the most vulnerable and troubled kids — those with significant behavioral problems due to trauma, drug addiction, mental health challenges or disabilities. During the budget hearings, Commissioner Candace Broce emphasized that the biggest challenge is that these kids should never have been in foster care in the first place.

“These kids need access to healthcare, not foster care,” she said. I agree, but I’d take it one step further. These kids’ parents need healthcare too.

Generally speaking, funding for K-12 education in the Governor’s budget looks better than recent years, with no austerity cuts to the funding formula. Of course, no austerity cuts is a pretty low bar during good economic times. In the meantime, Georgia Republicans can’t even decide just how much K-12 education should currently cost. A Senate Study Committee last summer took another look at the funding formula, known as the Quality Basic Education Act (QBE), which dates back to 1985. We’ll see if the Senate does anything about it this year.

Four-Year Colleges: Chancellor Perdue told us that enrollment has dropped at 20 of the 26 four-year institutions. Since colleges are funded based on enrolled credit hours, this loss of enrollment will result in lost revenue. The Chancellor also says Georgia is experiencing a greater migration of students attending college out-of-state, and he’s going to do a deep dive to determine why. I can tell him a few reasons, straight from the mouths of my constituents. Guns on campus and abortion bans.

Technical Schools: On the other hand, enrollment at technical schools is up 2% overall and 6% overall in high demand career paths. In 2022, our technical school system served 13% more students than the year before. I plan on continuing to work on obtaining funding to help bring a satellite campus of Georgia Piedmont Technical College (GPTC) to north DeKalb. The GPTC President tells me it would be full of students the day it opens!

With this week’s “weed” theme, I just couldn’t resist. The Georgia Access to Medical Cannibas Commission recently met to hear from the public before approving regulations for medical marijuana dispensaries. This has been long in coming, since the initial legislation allowing use of low THC oil was approved in 2015.

Stay tuned. We’ll be back in the Chamber next week and hopefully we’ll see some Committee meetings scheduled so bills can begin moving. Have a good week and stay warm and dry! 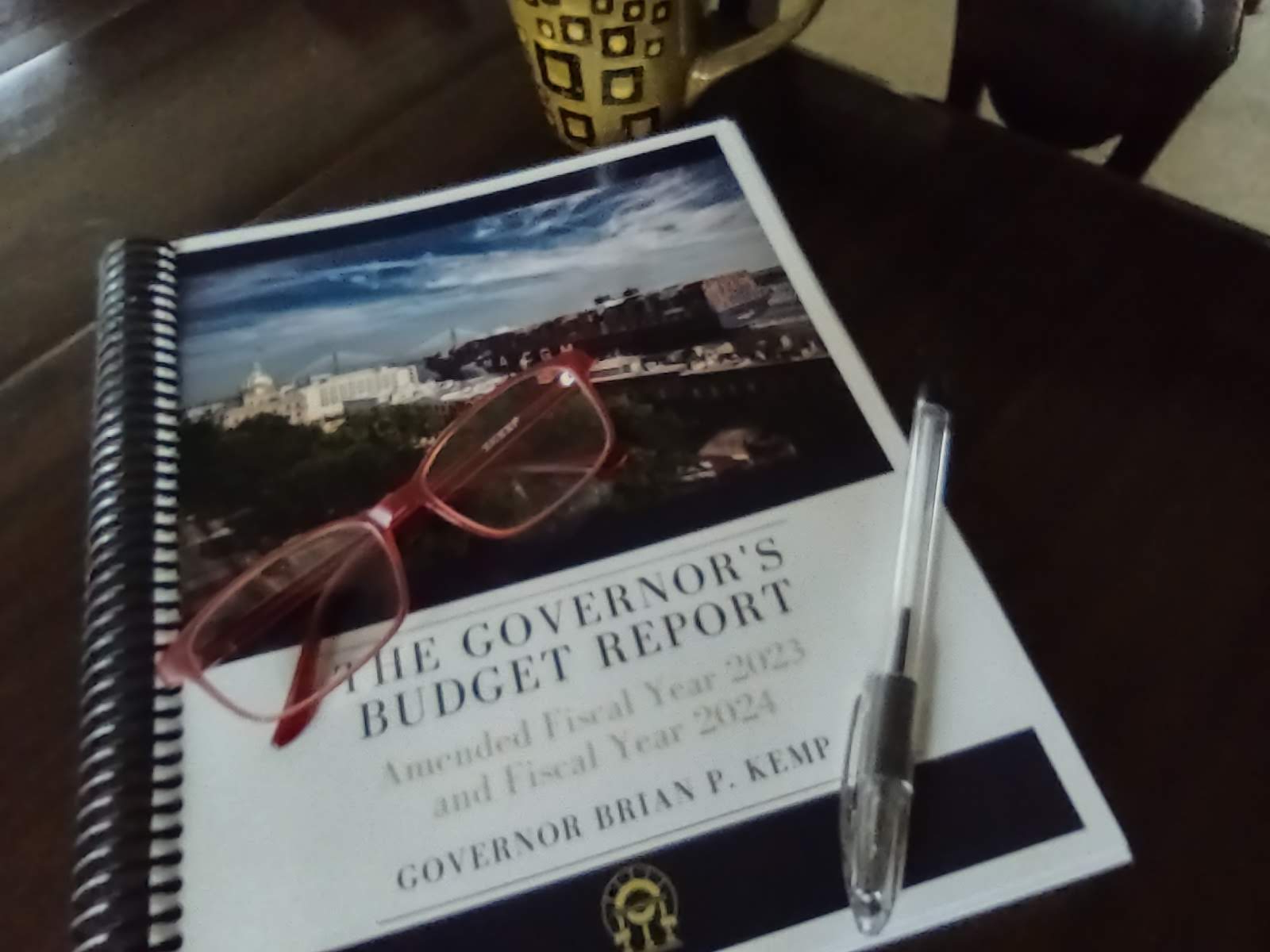