In November of 2018 the people of the 40th Senate District, including DeKalb, Fulton and Gwinnett county residents, elected me to represent them in the Georgia State Senate. Since then, it has been an honor and a pleasure to continue the advocacy I began in the Georgia House of Representatives for public education, access to affordable healthcare, voter’s rights, and the protection of our Earth. 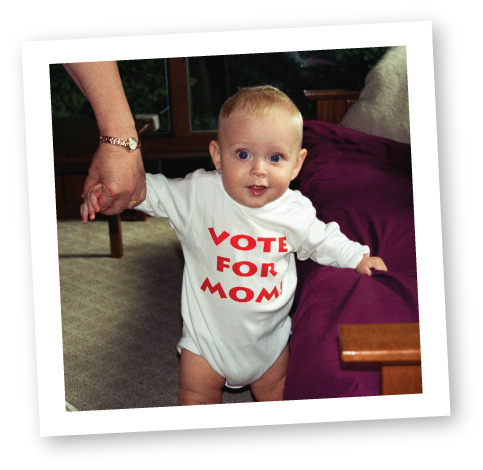 I am currently a member of the Senate Ethics; Higher Education; and Natural Resources and the Environment; Special Judiciary; Urban Affairs; and State Institution and Properties Committees. Because my district includes three counties and ten cities, I also am a voting member of the Gwinnett, DeKalb and Fulton delegations, including the City of Atlanta delegation. I currently serve as Vice Chair of the DeKalb Delegation and as Co-Chair of the bi-partisan Georgia Legislative Women’s Caucus.

During my first term in the Georgia Senate, I chose to speak out on issues including voter’s rights; gun safety; Medicaid expansion, including access to a public option; human rights protections for immigrants; protection of women’s rights to reproductive healthcare; public transit funding; and the high cost of higher education.

Elected to three terms in the Georgia House of Representatives, from 1999 – 2005, I served on the House Education, Human Relations & Aging, Children & Youth, and Appropriations Committees. As a State Representative, I championed a wide range of women’s and children’s issues, advocating for mental health and disability services and mandatory recess for children. During this period, I also helped pass a landmark and progressive law protecting mothers who breastfeed in public, after breastfeeding my own newborns as I attended to my duties in the House chamber.

I currently live in the Northlake/Tucker area with my husband, Jay, while my two children attend Georgia State University and the Georgia Institute of Technology. When not attending to legislative and campaign duties, I’m an avid reader and stay fit by climbing 60-foot walls at our local rock climbing gym.

Here’s what constituents are saying about Sally’s Senate Snapshots:

“I appreciate your emails more than I anticipated. They are informative while being upbeat.”
CarolWOODSTOCK, GA
“I appreciate your updates and have read all of them. Thanks to you I feel I know more about what’s going on in the Georgia legislature than I’ve ever known before.”
NancyDUNWOODY, GA
“Your emails are so informative I suspect you have reawakened an interest in government by your constituents.”
RichDUNWOODY, GA
“Senator, thoroughly enjoy your missives — informative, insightful and timely.”
Gee GeeATLANTA
“Again, I have to say that you write extraordinarily wonderful newsletters. I have to read them from beginning to end so I don’t miss a sentence where you nail the truth so well. You have a great sense of humor which is so important in today’s world.”
SaraDEKALB COUNTY
“I enjoy your newsletters so much. They always have all the information I really need to have.”
LisaSTONE MOUNTAIN
“Sally, your communication is spectacular!”
MaryAVONDALE ESTATES
“I want you to know just how much I truly, truly, truly appreciate these electronic updates from you. They are filled with quality information and clearly convey the amount of effort you are expounding on the behalf of all Georgians.”
KarenBUFORD

Yesterday I joined Abigail -- a brand new volunteer with the Democratic Party of Georgia -- to go canvassing in Senate 40! We had great fun together and were pleasantly surprised how many people already know who I am and plan to vote for me (even though we were in one of my new precincts). We also recruited several new volunteers. There are 48 more days left before this election is over, and the future of our state depends on us. Now is the time to get out of your comfort zone and knock some doors. Let's wake up the voters! www.georgiademocrat.org/volunteer/ ... See MoreSee Less

The Sally Harrell Campaign started our Senate 40 Road Tour this week and our first stop was Brookhaven! Joining us was House 83 Karen Lupton for State House and House 52 Shea Roberts for Georgia! Thank you to our two good neighbors who opened their homes -- it was so fun to see old and new friends! Next stop, Dunwoody and Peachtree Corners! ... See MoreSee Less