There are moments in war when you are so outnumbered, the only thing you can do is fight like hell. This must be how the Ukrainian people feel, and this week their dogged perseverance has inspired me to keep the fight going at the Gold Dome.

Typically we have one or two major battles each session, giving us time to set a strategy for how to fight back. But in this election year, we’re fighting an onslaught of bad bills nearly every day. We may not be facing live ammo like the Ukrainians, but we’re fighting hypocrisy, lies, and threats.

“The amount of energy needed to refute bullshit is an order of magnitude larger than is needed to produce it.”  — Brandolini’s Law

Lies. One strategy for fighting back in the chamber is through the use of “parliamentary inquiry,” a form of debate questioning. In response to the Senate Floor Leader’s presentation of the Governor’s School Mask Mandate Ban, Sen. Elena Parent rose to ask whether the state’s Health Commissioner, Dr. Kathleen Toomey, was in support of the bill. The answer was a solid, “yes.”  Suspicious, Sen. Parent texted Dr. Toomey directly, getting a resounding “no.” Upon sharing this information with the Majority leader, a correction was made from the well by the Floor Leader. Boom. One lie averted.

Threats. The ability to speak freely while respecting the decorum of the chamber is critical to maintaining an effective deliberative body. But this week Chairman Bruce Thompson outwardly challenged this long held practice when he refused to call up Sen. Nikki Merritt’s bi-partisan bill proposing to keep call center jobs here in Georgia. Sen. Thompson, who is running for Commissioner of Labor, stated he didn’t like Sen. Merritt’s comments from earlier in the session about a bill to honor Justice Clarence Thomas.

It’s one thing to disagree. It’s another to publicly chastise a Senator because you don’t like what she said.

Hypocrisy. A couple of weeks ago, I introduced a floor amendment to a “housekeeping” bill that brought state boating regulations in line with federal law. My amendment added an exemption for small, motorless sailboats from state registration requirements. Republicans voted my amendment down, so this week, in a Point of Personal Privilege, I pointed out the hypocrisy of requiring government permitting of motorless sailboats, but not guns. Unfortunately, SB 319, Permit-less Carry, passed the Senate and is on its way to the House, despite 70% of Georgians believing that those who choose to carry a gun should be required to obtain a permit.

Thankfully, there are bright spots in each day that help keep me going. On Monday, I held a press conference with advocates and allies for adults living with developmental disabilities, to call attention to the need for increased funding for Community Support  Medicaid waivers.

We had a terrific turnout of advocates who shared their personal stories. My message to the Governor and fellow legislators is, “We are here and we are here to be heard. And even when we go home, we are here. . . . A humane and civilized society cares for its most vulnerable citizens, and as long as Georgia has a waiting list for Community Support Medicaid waivers, Georgia has failed to live up to this basic standard.” Georgia currently has 7,000 people waiting for this help.

Later in the week, I met with the Governor’s staff about two issues —  funding for a new North Dekalb campus for Piedmont Technical College, and the need for more Community Support Medicaid waivers. After we finished discussing the technical school, one of the Governor’s technical school staffers hung back to listen to the Community Support waiver conversation. After the meeting, he told us that he cared for a nephew that had received a Community Support Medicaid waiver. His story was powerful testimony from an “insider” perspective, illustrating the point I had just made — the lives of people living with disabilities impacts many other lives — parents, aunt, uncles, friends, neighbors and communities.

Ambassador Andrew Young: Tuesday’s bright spot was the special honor of presenting a Privileged Resolution honoring Ambassador Andrew Young for the 25th anniversary of the Andrew Young School of Policy Studies at Georgia State University (GSU). Ambassador Young came to receive the honor in person and his presence created a welcome air of excitement. COVID protocols prevented him from coming to the Senate floor, but several of my colleagues acknowledged him and his contributions to the Civil Rights Movement during their Points of Personal Privilege as he sat and listened in the balcony.

After session, he came down to the South Stairs to accept his resolution. I was amazed at his stamina. At almost 90 years of age, he insisted on standing up out of his wheelchair as he took photos with everyone who wanted one.

Lots of Email! Wednesday was a committee day which means there was no floor session, but committees continued their work. These are great catch up days for me, and I often spend hours just responding to my email. When I served in the House, email was not widely used. In those days, my legislative assistant would hand me a half dozen phone messages that I was able to return before I went home each day. Now, it’s nearly impossible to keep up with the hundreds of emails I receive each week. So, if you ever email me and don’t hear back, please email again or call Keridan at (404) 463-2260. And if you stop getting your “Senate Snapshot,” check your “spam” and other folders. Technology is great when it works, and not so great when it doesn’t.

To Hunt or Not to Hunt: The Natural Resources Committee is another source of solace as we often discuss non-controversial bills. I learn a lot too. This week, we passed a bill that increases penalties for hunting on private property without permission, which is a big problem for rural landowners. And we passed a bill to protect Georgia’s deer population from Chronic Wasting Disease which is a growing threat in the United States. The bill regulates how deer carcasses can be brought across state lines to prevent the spread of the disease.

The Budget: Our biggest accomplishment of the week came on Thursday as we unanimously passed the amended 2022 budget, also known as the “little” budget. It was a rare moment of unity as we felt good about approving money for teacher and state employee pay raises, and restoring education funds.

Mental Health: We also unanimously approved SB 402, the “Georgia Behavioral and Peace Officer Responder Act” that builds on successful local models that pair behavioral health specialists with police officers to assist in responding to mental health crises. With guidance from a licensed counselor, the bill gives officers the authority to refer a person in crisis to a mental health facility rather than make an arrest, hopefully reducing the number of people with mental illness in our prison system.

Send in the Reinforcements

Qualifying Week: Next week is known as “qualifying week” where candidates running for office in this year’s election will officially pay a qualifying fee and throw their hat in the ring. All state legislators are up for re-election this year and we will have a chance to elect a new Governor and slate of Constitutional officers. By the end of the week, we will know who will be on the ballot for both May and November.

In the meantime, you have some homework to do. Because of redistricting, all of us will have some type of district change to either your House, Senate and/or Congressional district. You may be in a new district, or your district may simply have a new number. Several current legislators have decided to run for higher office, so you may have a chance to elect a new representative.

Thankfully, Senate District 40 remains mostly intact. But in order to right-size the district, my current Fulton County constituents, and a few precincts in Peachtree Corners, will be in a new Senate district. Check Georgia My Voter Page to see which districts you are in and after next week, get to know the candidates that have qualified to run in those districts, then help them out — write postcards, go door-to-door, give donations, and share social media posts. Time to get to work! 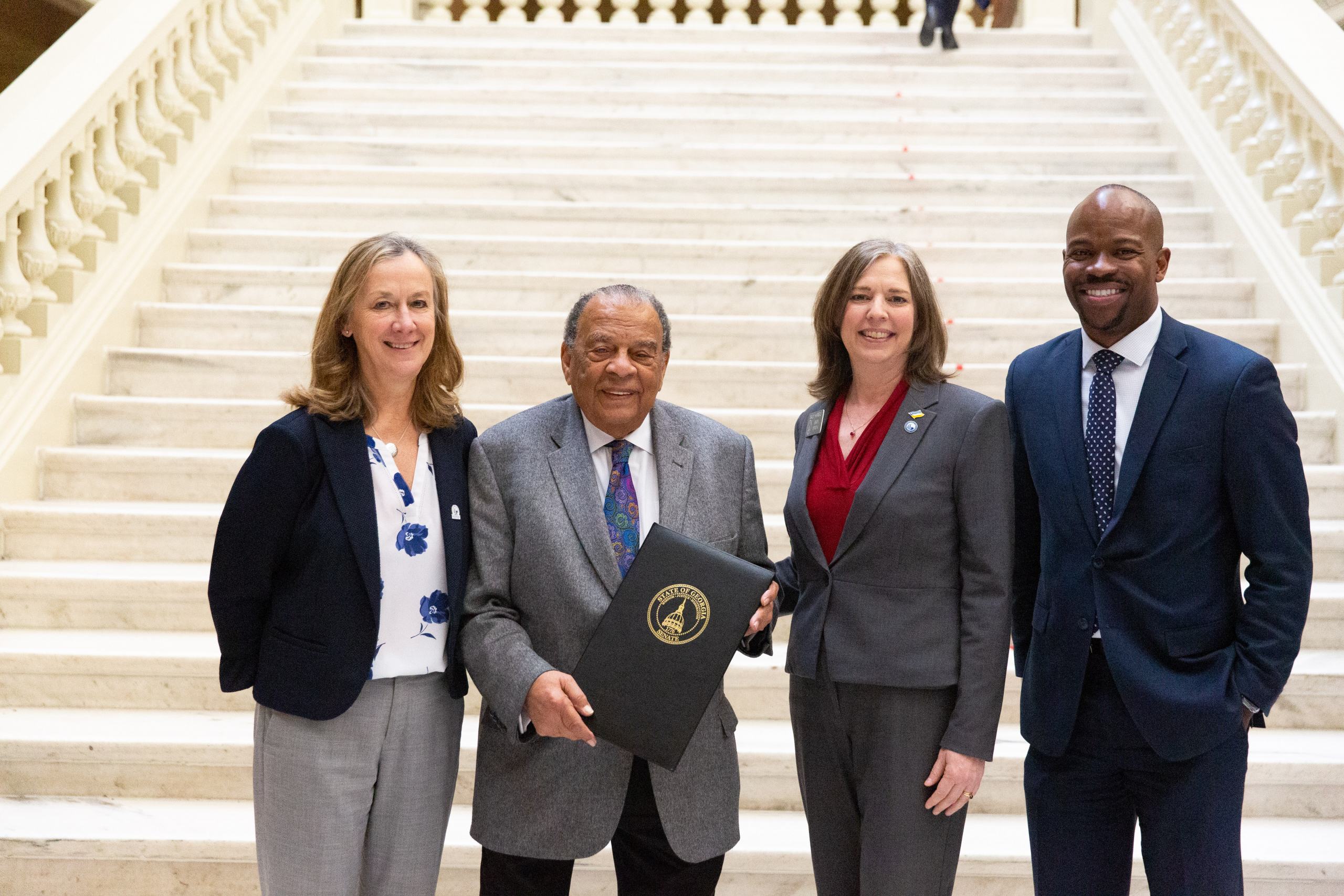 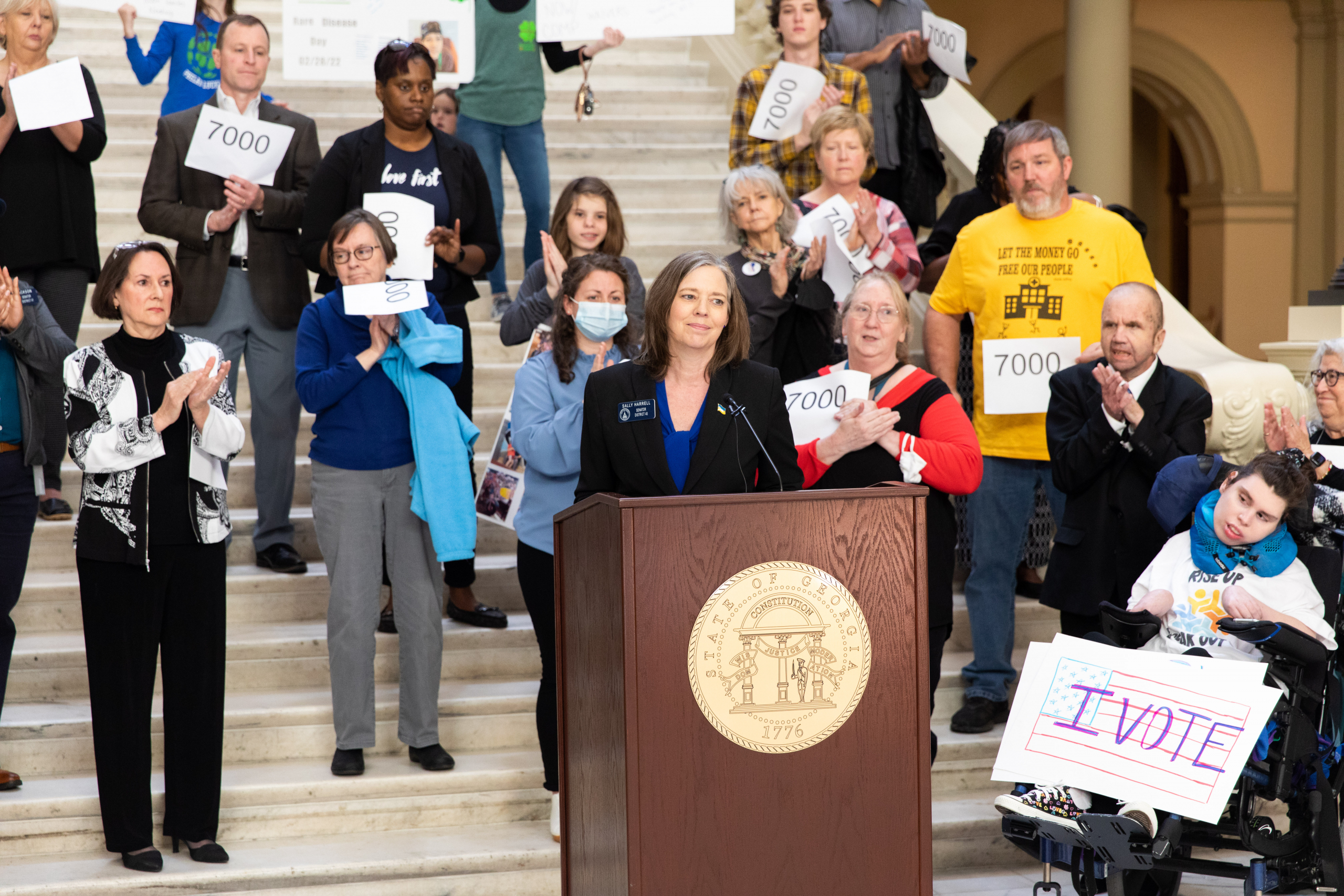