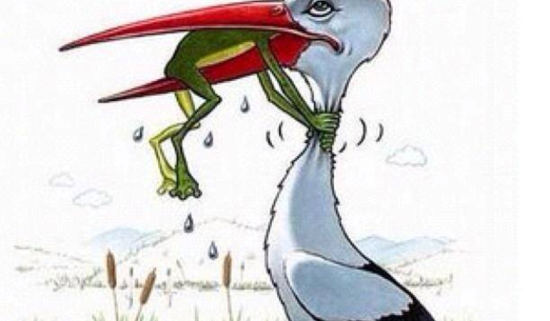 One year ago, life as we knew it came to a screeching halt. But as the earth continued its journey around the sun, millions of Pandemic Warriors have risen up to tend to the crisis. They have cared for the sick, nurtured the bereaved, fed the hungry, kept the grocery stores open and the shelves full. And working quietly in their labs, scientists have been working molecular miracles, bringing us hope that all will soon be well again. As I said when this all started, “We have the right stuff.” Let’s hope we’re nearing the end.

In Georgia, vaccine eligibility has expanded, which is good news, but finding an appointment can be a bit of a scavenger hunt, to say the least. Particularly in the metro area, finding an appointment takes skill and time. If you’ve got some of both these, please think about who in your community might need help, and reach out. Last week a constituent helped me find appointments for a family who had a medical emergency and needed help. We all need each other right now.

Where to find vaccines:

Check these sites frequently as the information is constantly changing. When you see an appointment, grab it! Stay in touch with social media because resources for finding appointments are changing daily. Check your own healthcare provider, hospitals, and county health departments. If you can travel, vaccines are more readily available outside the Atlanta metro area. If you are fully vaccinated, considering offering to drive someone if they need help getting outside Atlanta. I’ve heard many people are getting vaccinated in Alabama, so check the Alabama public health sites too (eligibility differs).

Rental Assistance: If you or someone you know needs help paying rent due to job or income loss during the pandemic, the Georgia Department of Community Affairs recently launched a rental assistance program with the help of federal funding. Consult this website, https://georgiarentalassistance.ga.gov/,  to see if you qualify. Landlords can apply too.

There’s an ebb and flow to the legislative session. Everything starts slow and suddenly builds to a frenzy around Crossover Day, the last day a bill can pass one chamber and still advance to the other chamber this session. After Crossover, things slow down again until it builds to the next crescendo on Sine Die, the last day of the session.

This year’s Crossover Day was short changed in many ways. We had to spend precious time fighting bills that create barriers to voting and therefore lacked time for real problems like vaccination availability, unemployment, and healthcare — a message I shared in a speech from the well that morning (https://youtu.be/VD5jPq389z8). Crossover Day was also literally cut short when the Lt. Governor unexpectedly ended the floor session early, leaving many bills both good and bad untouched.

The Crossover Day Rules Calendar was full of bad voting bills, but we ended up voting on just a few. SB 241, the Senate voting omnibus bill which mainly eliminates absentee voting for most Georgians, prompted a three and a half hour debate. Almost every member of the Democratic Caucus spoke against it.

But not every Republican supported SB 241. Lt. Governor Duncan refused to preside over a vote that he strongly disagreed with. Four Republican Senators “walked,” which means they left the chamber and didn’t vote, a direct result of the pressure they felt from constituents who voiced their strong opposition to the bill. Ultimately, the bill passed by only one vote. Once it passed, the chamber was very quiet. There was no celebration. Everyone knew it was close. Everyone knew it was bad.

When the Lt. Governor ended Crossover Day, he left 7 bad voting bills on the table, including the most egregious one that would end automatic voter registration at the DMV, making it harder to register to vote and significantly decreasing young voter participation. The downside was that my bill to educate high school seniors about voting also didn’t make it to the floor. When I asked the Lt. Governor’s Policy Director why it was not brought up, he said it’s because they don’t like bills that put state requirements on school systems. He said that even without a bill, the Lt. Governor would work with me during the interim to implement these classes at a some high schools. My son, who was recently a first-time voter himself, told me, “It’s a fight worth fighting.” So I’ll push on.

It Ain’t Over ‘Til It’s Over

HB 531, the House omnibus bill that limits weekend voting, restricts ballot drop box hours, and criminalizes handing out food and water on hours-long lines at the polls, now crosses over to the Senate while SB 241 crosses to the House. Eventually they will be combined into one bill through a Conference Committee.

What happened on Crossover Day proves that pressure works. With a full court press, we could significantly affect what gets passed, or even stop these bills from making it to the Governor’s desk completely.

Get Loud with GA’s Business Community: Some companies and the Metro Atlanta Chamber have made statements in support of voting rights, but as Cliff Albright, head of Black Voters Matter said, we don’t need empty statements. We need action. These companies can have enormous impact by simply refusing to donate to legislators that support these bills. Contact these businesses (form) and urge them to stop HB 531 and SB 241.

Get Loud with Legislators: Contact legislators on the Senate Ethics Committee to urge them to reject HB 531 and members of the House Special Committee on Election Integrity to oppose SB 241. You can find contact information here.

Other Bills that Crossed Over

Amending Soil Amendments: When SB 260, a bill that prohibits the Agricultural Commissioner from regulating soil amendments made from forestry byproducts, came up in our Natural Resources Committee, a representative from the Sierra Club mentioned to me that black liquor, a toxic byproduct of pulp digestion, sometimes leaks into waterways. I raised the issue in Committee and then drafted and introduced a floor amendment to continue to regulate byproducts of pulp digestion. As a courtesy, I gave Chairman Harper, the bill’s sponsor and the Natural Resources Chair, a heads up and he accepted the amendment as “friendly” which allowed it to pass. This is a good example of how Republicans and Democrats can still work together to improve legislation, even during these politically polarized times.

Creating a Chief Labor Officer: This turned out to be a rare bill that had support and opposition on both sides of the aisle. SB 156 creates a new Chief Labor Officer position for the Georgia Department of Labor that would oversee and improve its operations to address the department’s inability to adequately serve Georgians during the pandemic. Some legislators worried that it created a bad precedent to allow the legislature to bypass the authority of elected statewide officers. While I understand that concern, I felt that this specific situation was so dire, we need to do whatever we can to improve it. I worked with Senator Blake Tillery to whip Democratic votes for this bill while he whipped the Republican vote. Ultimately, we got it passed.

Repealing Citizens Arrest: While the Senate was weighed down in voting bills on Crossover Day, the House had a chance to celebrate a successful bipartisan vote to repeal Georgia’s citizens arrest law prompted by the shooting of Ahmaud Arbery in Glynn County. This effort is supported by the Governor, many Republicans, and all Democrats. I look forward to supporting this bill when it comes to the Senate floor in the coming weeks.

Looking ahead: The “Big” Budget

Committee meetings have begun in the Senate for the 2021/2022 “big” budget, but they’ve been overshadowed by voting bills. It’s easy to forget that Georgia’s budget was slashed to the bone last year, even before the pandemic.  And in 2018 the legislature passed a tax cut, counting on revenue that never came in. Governor Kemp would like us to forget all this. And this year the House has already passed another tax cut, all while 7000 disabled Georgians remain on waiting lists for Medicaid Community Care Waivers.