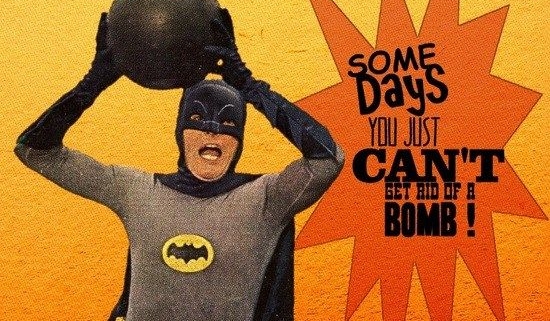 This week at the Gold Dome, everywhere I turned there were really bad bills. It felt like bombs dropping. And just because you know the bombs are coming doesn’t mean they don’t do major damage when they hit.

Following a particularly bad Committee meeting, a student intern came to me very upset. “Why do you continue to ask questions,” she asked, “when they clearly don’t feel they owe you an answer?” I told her it’s because people expect me to fight. She paused and said, “Yeah, it does make me feel better when you speak up, because they are the questions I want to ask. You’re being my voice, aren’t you?”

This is what keeps me going.

I’ve been spending a great deal of my time in Ethics Committee meetings where the election bills are debated. These meetings start early — like 7am. And often we don’t get done so we take them up again at 5pm.

I know these bills are very upsetting, so keep this in mind: it’s not over until it’s over. There’s disagreement within the Republican Party about how far to go with these bills, and the Speaker, Lt. Governor and Governor, who all have voices of moderation, have not really weighed in to this process yet. Don’t forget — should these bad bills pass, there will be court cases — and as the Black Caucus told us this week, lawsuits are already being prepared. Lastly, please advocate to your members of Congress, including our newly elected Democrats, to pass HR 1, the For the People Act, and the John Lewis Voting Rights Act. Both of these federal bills will help counteract many of the damaging state level bills that could ultimately pass this session.

Ending Automatic Voter Registration: This is one of the most egregious anti-voting bills yet, because it’s singular goal is to decrease voter turnout. It’s authored by the powerful Senate Rules Committee Chairman, who stated, “I’m bringing this bill on behalf of my constituents, who have lost confidence in the election system.” I asked him, “how does this bill address their lost confidence?” He simply replied, “It does.” Often called “motor-voter”, this automatic registration system was put in place in 2016 and since then, more than 680,000 Georgians have registered to vote this way, bringing our state total to a record 7 million voters. How is that a bad thing?

Ending “No-Excuse” Absentee Ballots: SB 71, also authored by the Senate Rules Chairman, ends absentee voting for the vast majority of Georgians. Under this bill, only adults 65 and older, the disabled, and out-of-town voters will be able to vote by mail.

The Senate Omnibus Voting Bill: Much like HB 531 in the House, the Senate Republicans introduced SB 241, their own omnibus anti-voting bill. We received it at the last minute, just before the Committee meeting, and it was full of confusing changes and duplicative measures from other voting bills, including limiting absentee voting. One Republican Senator came prepared with an amendment to remove this repeal section, but it wasn’t taken up because the meeting was a hearing.

Anti-Voting Bombs on the Floor

The voting bills that passed the Ethics Committee last week showed up on the Senate floor this week. This included the Absentee Voter ID bill and the State Takeover of Local Elections bill.

Senate Democrats fought hard. From the Senate well (https://youtu.be/4MOWbCMEvTI), I encouraged my colleagues to focus on the real problems voters face instead of the “voter fraud” problems that our state elections officials said don’t exist. My suite-mate, Senator David Lucas, wept at the well as he recalled his fight against voter suppression during his 45 years in office. And our Senate Black Caucus held a press conference. But in the end, we simply don’t have enough votes to stop these bills.

At the very end of the week, Senate Republicans passed Senate Bill 221 which allows the Governor, Lt. Governor, and certain members of the General Assembly to create “Leadership Committees,” that could raise unlimited funds from special interest groups, foreign actors, or big money donors at any time, including during session. As an example, if the legislature was considering a bill to increase tobacco taxes during session, Phillip Morris could write a huge check to one of these “Leadership Committees” to put a stop to it. Current Georgia law prohibits legislators from raising money during session to prevent this very thing.

In her well speech against the bill, Senator Jen Jordan suggested that this bill be called “The Rules Don’t Apply to Us Act,” “The Incumbency Protection Act,” or the “We Should Be Ashamed Act.”

This week’s Senate Higher Education Committee meeting was a welcome reprieve from all of the contentious issues. We approved several good bills from Republicans and Democrats with unanimous support:

Breaking down Higher Ed Silos: SB 204 is a pilot program that would allow kids to earn their high school degree while also attending technical school. This is a terrific solution for kids who may have had to drop out of high school, or those who may be ready to move on to technical school before they graduate high school. It allows a continuity of education and helps to eliminate the “high school dropout” stigma.

Free Post-Secondary Education for Foster and Adopted Kids: SB 107 waives tuition and fees at Georgia’s technical schools for kids that have been in our foster care system. This will give thousands of kids, most of whom have had a rough start in life, a post-secondary education that they may not otherwise be able to afford.

Attracting HBCU Students: SB 97 allows Georgia’s Historically Black Colleges and Universities to attract talented out of state students by increasing the number of waivers for in-state tuition. Current law allows Georgia’s universities to offer in-state tuition waivers to 2% of their out of state applicants. This bill would raise that to 4% for HBCUs.

The State Institutions and Property Committee held my requested public hearing about the crisis conditions in our state Corrections facilities. We heard heartbreaking testimony from inmate families about overcrowding, lack of basic mental and healthcare, lack of staff and security cameras to prevent murders and suicides, lack of stimulation and idleness which only exacerbates mental health conditions.

Prison Education: We also heard from a former House colleague, Dr. Roger Byrd, now an Associate Professor of Social Sciences and the Director of Prison Programs at Brewton-Parker College in Mount Vernon, Georgia. Dr. Byrd spoke of the importance of prison education programs which give inmates a stronger sense of self-worth, self-reliance, and critical skills they can use to support themselves when they are released. I wholeheartedly believe that prison education is the key to stopping the revolving doors in our prison system and combating the dangerous idleness that breeds drugs and violent gang activity.

I filed several bills this week, some of which are a direct response to our current environment:

Banning Plastic Carry Out Containers in State Facilities: SB 224 requires the cafeterias in Georgia Building Authority facilities to switch to paper-based carry out containers and cups. It’s a more targeted approach to the single-use plastic and styrofoam container ban I filed last session and a way to continue pursuing the issue without placing any extra burdens on struggling restaurants and grocery stores. I heard a colleague refer to this as “unrelenting incrementalism.” We’re making progress where we can.

High School Voter Education: SB 240 creates an instructional program for 11th and 12th graders in Georgia on the importance of elections in our democratic system. It would teach them all of the basics about registering to vote, the voting process, and even allow them to practice voting on our voting machines. This idea has been met with enthusiastic support from colleagues on both sides of the aisle.

State Education Board Reform: Some Republican voting bills grant Georgia’s State Election Board more power to intervene in local voting matters, claiming that it is a “bipartisan” body. In truth, the selection process currently outlined in state law highly favors the majority party, 4-1. So I filed a bill that would allow each caucus in the House and Senate one appointee. The Secretary of State would continue to serve as the fifth member. This would provide a much better balanced State Elections Board.

Campus Carry Repeal: I re-filed my Campus Carry repeal bill, now SB 229, but I’m also continuing to look at new ways to tackle the gun safety issue. I’ve already started to work with one of my Republican colleagues on another bill that would require gun safety training before you can receive a carry permit.

Monday marked the official halfway point of the session which means there is a lot more to do and much less time to do it. Crossover Day, the day where bills must pass one chamber in order to be passed by the full legislature this year, is usually on Day 27. But to give us a little more time, the Senate passed a resolution to push Crossover Day back one day to Day 28 on Monday, March 8th.