The last couple of days I’ve been pleading with local mayors and city council members to take action at the local level to slow the rate of coronavirus pandemic. Since I live in unincorporated DeKalb County, I also reached out to DeKalb County elected officials. The Chief Elected Officer, who has unilateral authority to act, has done NOTHING to shut down gatherings. Nothing. We MUST do this to “flatten the curve” and keep our healthcare system functional.

Local governance matters. It’s where the rubber meets the road, especially when state and national governments fail to act.

Residents in my neighborhood have been discussing local governance issues for a while now. Through the last 15 years, suburban communities outside Atlanta incorporated into cities like dominoes falling. My own neighborhood is now surrounded by cities. Five years ago, the precincts in Senate 40 each voted between 56% and 65% in favor of the LaVista Hills city proposal, but the election narrowly failed.

Senate 40 has ten cities, so I’ve spent the last year getting to know these cities, and how they are governed. People tell me they are very happy with their cities. I’ve also spent time talking to my own neighbors about various municipalization options. Unfortunately, many of the options I thought could work nicely are not allowed under our state constitution, so our options are limited. We either live in a city, or not. As a State Senator, I have to look beyond my own neighborhood at the greater good of all surrounding communities. That’s one of my core values, and that’s also where things start to get complicated.

This fall, DeKalb County commissioned a study through the University of Georgia’s Carl Vinson Institute on the effects of municipalization on DeKalb County. It’s a very long report, but the major takeaway is that DeKalb’s police force will be in jeopardy if we add more municipalities that operate their own police force.

That’s why I, along with two other legislators who represent this area, authored a bill, Senate Bill 507, to create a city that shares police with the county — what some call “city-lite.” It allows for a local governance that handles zoning, parks, and roads, to name a few. The need to file a bill now was urgent, as there is another incorporation bill, filed last year and authored by a non-local legislator, that could be acted on by legislators who don’t live in the district. We thought it best for our community to have a bill authored by legislators who personally know our local community, and will ensure that our constituents’ voices are represented.

We also filed the bill as local legislation, which requires signatures from the majority of DeKalb legislators before it can move. This requires the DeKalb delegation to work together to consider the needs of the entire county in order for this bill to be passed. Legislators in south DeKalb are developing their plan as well. While it is impossible to please all constituencies, from those who want police, to those who don’t want a city at all, it feels like now is the time to act if we want a process that is controlled by the people who know our community the best.

This is only the beginning of a process. Almost all bills get amended before they become law, and I expect it to be the same with this cityhood bill. I have a duty to represent my constituents, the majority of whom want to be governed by a local city, but I will do so in a way that considers other voices and the needs of people outside my district. Ultimately, if we can gain the signatures of a majority of DeKalb legislators, voters will then have final approval through a referendum during a future election.

To those of you who live outside the perimeter in the Evansdale and Midvale neighborhoods, this area is of particular interest to me. Conversations with voters reveal that people are split as to whether they want to annex into existing neighboring cities (Tucker) or be part of a new city. That’s why we left that area off the map — so we have time to allow all voices to be heard, and to allow voters in this area to vote in a separate referendum. We are currently looking for funding to design a professional survey to get a better understanding of people’s opinions.

Local governance matters. It’s the final safety net should the larger government fail the people. Please think deeply about our options, and always feel free to share your thoughts with me. This is not easy, and the solution is evolving all the time.

The following is a joint statement from the authors of SB 507, released on March 12th:

“Legislators in DeKalb County whose districts include parts of the remaining portions of northern unincorporated DeKalb County have been carefully considering various municipalization proposals. We recognize that there are many perspectives on this issue, from those who want to remain unincorporated, to those who support the creation of a new city, to those who would like to be annexed into a neighboring existing city.

While recognizing both the pros and cons of municipalization, we also recognize certain developments making it necessary to move forward with serious discussions about how to represent the residents of the unincorporated area in north DeKalb County.

For these reasons, and in recognition of the growing interest in our districts for municipalization, we have filed a cityhood bill (SB507) in order to generate active discussion and input. In addition, we intend to move forward in a way that takes into consideration the impact municipalization has on the remainder of the county.

The map included with the bill does not initially include certain areas on the north and south ends of the footprint where residents have expressed interest in being annexed into existing cities. We would like citizens in these areas to have more time to consider their options and choose the approach that best suits the unique characteristics of each neighborhood.

We think it is very important for north and central DeKalb communities to engage in active conversations, and we want to hear from you. It is simply not clear that our area will remain unincorporated over the next few years so we feel it is time to be proactive in developing a plan for representation.”
–Sen. Elena Parent
–Sen. Sally Harrell
–Rep. Mary Margaret Oliver 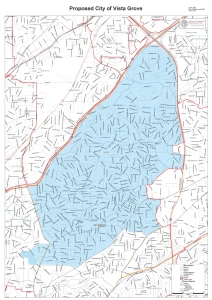 We Have the “Right Stuff”
Scroll to top