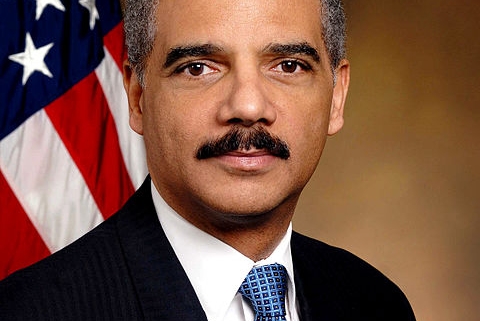 I’m pleased to share with you that Eric Holder, former attorney general of the United States and chairman of the National Democratic Redistricting Committee, has endorsed my candidacy for Georgia State Senate District 40. Here’s what he said:

“I’m proud to support Sally Harrell for Georgia Senate District 40. She will be a champion for fair maps and will help ensure the citizens of Georgia are able to vote in fair elections for the next decade. If we are going to fix the Republican gerrymandering that has plagued our democracy, we need to ensure Democrats have a seat at the table when new maps are drawn in 2021. Sally will work on behalf of all Georgians to make sure their voice and their vote counts.”

If elected, I will work to undo years of voter suppression practices installed by Republicans like Fran Millar, not just related to gerrymandering: I will support voting on Sundays, extending voting hours, and make sure we provide enough resources to secure our voting systems.

These efforts are needed now, more than ever, as we have experts telling us our democracy in Georgia is at serious risk.

A federal lawsuit filed earlier this month against Georgia suggests that there are multiple issues with the electoral process in our state, from 16-year-old machines breaking down, to no paper trail, to people being directed to the wrong polling places, to potential voter fraud.

And who is in charge of making sure these issues are addressed — Secretary of State Brian Kemp, the Trump-endorsed Republican candidate for Governor. Kemp and his staff insist there is nothing to be concerned about. In fact, he put off changing the voting systems until 2020, well after the election he hopes to win.

These assaults on our democracy have to end. As we have seen, the Republican Party doesn’t care if Russia is hacking our state and national electoral systems. They don’t care if voters of color are denied their rights to vote. They aren’t concerned whether they actually represent you where you live – they only want to win and to stay in power.

It’s time we took back our democracy.

Georgia State Senate District 40 can be a force for fair elections in our state. We need your support. We need your investment in change, and it starts in the Georgia Senate. Give $100 and help me get to the table when redistricting begins.