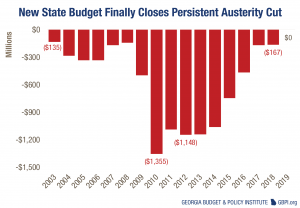 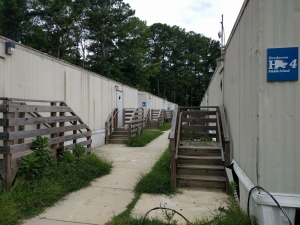 “The first week of August hangs at the very top of summer, the top of the live-long year, like the highest seat of a Ferris wheel when it pauses in its turning.”

The above quote is from a children’s book.  I love it because it helps me find a late-summer stillness missing from modern life.

The reality is that by the end of July, some kids have already gone back to school, and other families face school registration, long school supply shopping lists, and the adrenaline rush of “ready, set, go” before the race begins.

I’ll be honest, I’d rather fantasize about a summer fair than ponder the realities of education policy in the United States. But the urgency of reversing a devastating trend drives my advocacy.

Someone told me several years ago, when we were at the height of implementing the Bush Administration’s No Child Left Behind Act (NCLB), that the right wing of the Republican party was systematically dismantling public education. I didn’t quite believe it then.  After all, “No Child Left Behind” was about not neglecting the bottom of our society.  How could I be against that?

Then my own children entered public school, and I realized that the flip side to “No Child Left Behind” was “Let No Child Get Ahead.”  Ouch.

NCLB brought with it the practice of more seat time for better test scores.  Some elementary kids were told if they didn’t pass the end-of-year tests they wouldn’t go on to the next grade with their friends. Other teachers felt the need to withhold recess because there was too much content to cover in too little time. One of my last efforts during my two final years in Georgia’s State House was to restore recess to all Georgia school children.  How crazy is it that we need a bill like that?  Even crazier that the bill did not pass.

Then the Great Recession of 2008 hit and brought state budget cuts so severe teachers had to take mandatory furlough days, cutting their planning time.  Beyond furloughs, these cuts were stealth. To the outsider, the doors stay open and the school buses keep running.  Budgets even appear to go up when not adjusted for increases in attendance.  But in reality, when per capita budgets are adjusted for inflation, state K-12 education spending has dropped 11% at the state level, and 15% at the local level since 2002 (“Georgia Lawmakers Balance the Budget,” AJC, James Salzer, Nov. 19, 2015). It’s no coincidence that 2002 is the year the Republicans won the Governor’s office and began building majorities in the legislature.

To families and kids, these budget cuts translate into stressed teachers, buildings so crowded sometimes there’s no place to sit, and children stranded when buses don’t show up.

Finally, there’s no denying the intentional slaughter of our public school system when looking at the transferring of tax funds to private schools.  At a state level, this includes 2008 legislation, signed by Gov. Sonny Perdue, which allows individuals and corporations to redirect their tax bill to private (including religious) school scholarship funds of their choice.  A challenge to this legislation was recently rejected by Georgia’s Supreme Court.  Justice Robert Benham stated for the court, “Plaintiffs’ complaint fails to demonstrate that plaintiffs are injured by the program by virtue of their status as taxpayers.”

I beg to differ.

A friend shared with me the other day her delight that her oldest child’s name was drawn by lottery for admission into a magnet program for high achievers.  She was thrilled to be the recipient of such a wonderful program.  But I looked at her and said, “What happens when your next child’s name is NOT drawn?”  The iniquity is easy to see within a single family.  But the inequality’s damage to society is simultaneously hidden, and yet magnified, when an entire segment of our state’s brightest students are left behind, as in a game of musical chairs.

This is why I’m working to help turn Georgia blue.  Past Georgia Democratic governors have been more friendly to education — Zell Miller brought teacher pay up to national standards and Roy Barnes dedicated funds to decrease class size. All of this was done not by increasing taxes, but by choosing priorities.  These governors had the political will to see the big picture, like looking down from the top of a Ferris wheel.

Please help me turn Georgia blue by supporting my campaign, so we can show that funding public education is an investment in human capital.  If we flip Senate 40 blue, I’ll use my position to help flip Georgia blue.  Donate today.  It takes all of us to get there.